Therapeutic play, (including play therapy) , is a well-established discipline based upon a number of psychological theories. Therapeutic play is a safe, confidential and caring environment that is created and allows the child to play with as few limits as possible but as many as necessary (for physical and emotional safety). This allows healing to occur on many levels following our natural inner trend towards health. Play and creativity operate on impulses from outside our awareness – the unconscious.

During Therapeutic Play the therapist may reflect back to the child observations of what has happened during the session if this is felt to be appropriate. Above all the child is given “Special Time”. So often in modern life we never seem to have enough time to spend with our children – just playing, just being there for them. The child is given strategies to cope with difficulties they face in life and which they themselves cannot change. It provides a more positive view of their future life.

Directed sandtray therapy is more commonly used with trauma victims and involves the “talk” therapy to a much greater extent. Because trauma is often debilitating, directed sandplay therapy works to create change in the present, without the lengthy healing process often required in traditional sandplay therapy. This is why the role of the therapist is important in this approach. Therapists may ask clients questions about their sandtray, suggest them to change the sandtray, ask them to elaborate on why they chose particular objects to put in the tray, and on rare occasions, change the sandtray themselves. Use of directives by the therapist is very common. While traditional sandplay therapy is thought to work best in helping client’s access troubling memories, directed sandtray therapy is used to help people manage their memories and the impact it has had on their lives.

The humanistic approach is a common strategy applied in sand tray therapy. Clinicians who use this technique rely solely on the client to find solutions to their problems, using the sand as a tool for healing. Through creative expression, a person in therapy is able to manifest in sand the things they would otherwise not be able to vocalize or address in traditional therapy. The therapist treats the person as whole and healed, knowing that the process of sand tray therapy allows the person to find the answers that are already within them.

One of the most common techniques used in sandplay therapy is the World Technique. This non-verbal approach involves the use of miniatures. People in therapy are encouraged to use miniature toys, figurines, and objects in the sand in ways they choose while the therapist observes and later analyzes the person’s interaction. The person in therapy can add water to the sand and place the miniatures in the sand tray in any order. The design of the sand tray is guided by their imagination and their subconscious. The result is a microcosm of their inner world. The world within the sand tray is expressed through symbolism and metaphor, and may not even make immediate sense to the person creating it. But aided by the therapist, a person in therapy—even a child—can begin to recognize the relationship between the creation in the sand and their own inner world.

Many children are unable to verbalize emotional states, particularly in the face of trauma, neglect, or abuse. The non-verbal nature of sandplay therapy and the familiar medium of sand can help children achieve feelings of comfort and security. With little instruction from the therapist, the child is free to play and develop his or her own expression of situations. Oftentimes the children will experience a sense of independent play and will begin making assumptions and behavior changes without cues from the therapist. This method of therapy serves as a valuable and powerful outlet for children and an incredibly insightful method of gaining access to traumatic experiences.

Sandplay therapy is also very useful in the treatment of children who have been sexually abused. These children will often remain silent for fear of harm or even death. They are often threatened and are in highly anxious states when they come to therapy. The relaxed and interactive setting of sandplay therapy provides them the initial arena of safety that they need to move toward healing. 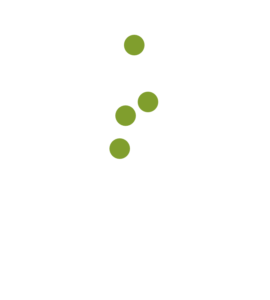